There are key manufacturers in the high pressure casting machine industry. While this page doesn't describe all of them, we hope to give you an overview and description of the major companies. 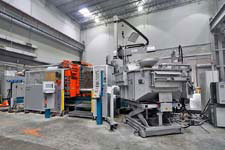 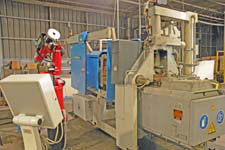 Hydraulic Press Manufacturing Company (HPM) was originally incorporated in 1877 with the purpose to manufacture hydraulic presses for the extraction of apple cider. In the early 1900s, HPM expanded the product line to produce metal forming presses. HPM was one of the first manufacturers of plastic injection molding machines. HPM purchased the Castmaster Die Cast Machine line in 1965 and consider a leader in the die casting industry. Guangdong YIZUMI Precision Machinery Company of China purchased all the intellectual property of the HPM Corporation in 2011. In 2012 HPM North America Corporation was started with manufacturing facilities and offices in Marion, Ohio. HPM North America continues to provide parts and service for all existing HPM machinery. 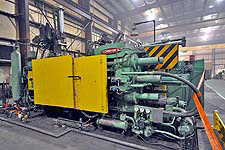 With over one hundred years of experience, Toshiba die casting roots can be traced back to1875. Toshiba Corporation was formed as Tokyo Electric Co., and Shibaura Engineering Works Co. combined their operations. In 1938, the machine tool division of Shibaura Engineering Works Co. incorporated as an independent company under the name of Shibaura Tool Company, later transitioning to what is known today as the Toshiba Machine Company. Today Toshiba Machine Company supplies world-wide markets with products including; machine tools, die-casting machines, robotics equipment and plastic injection molding machines. Toshiba Machine Co. America is based in Oak Grove, Illinois.